Get Your Free Copy of

Get Your Free Copy

Want to Get Started in US Investment Real Estate? 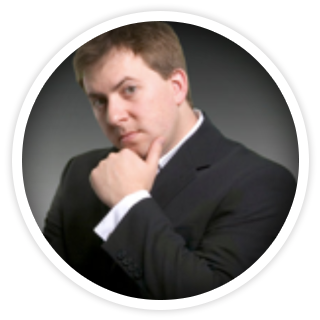 Considered a ‘visionary’ by many of his clients and radio show listeners, Feol’s innate ability to locate highly discounted investing opportunities and get them online has resulted in him being involved in over 1500 purchase and sale transactions over the past 10 years – a phenomenal accomplishment for someone who is just 41 years old.

In 2009, Robert created and trademarked through the United States Patent Office ‘The Short Term Retirement Program’(www.ShortTermRetirement.com’) – a groundbreaking real estate purchase system that allows any investor, regardless of nationality,  to take advantage of private financing and aggressive amortizations to build a strong real estate portfolio and have it paid off in as little as 5 years.

Robert is the host and founder of “Pieces of the Puzzle: Journeys in Creative Real Estate Investing,” the # 1 Memphis weekend talk radio show on 990 KWAM – ‘The New Voice of Memphis’ with listeners around the world.  Its main focus is real estate education and understanding how to meet one’s goals of financial freedom.

Robert also has distinguished himself with high accolades and awards across a variety of disciplines, including graduating as a triple major from Syracuse University; obtaining a Master’s Degree from one of two all deaf colleges in the United States, where all his classes were taught in American Sign Language; having five black belts in various martial arts systems, and currently training in Brazilian Jujitsu.  Robert is a highly accomplished and award winning Junior Olympic volleyball coach who coaches both academic and club volleyball; and Robert is also considered a highly accomplished guitarist on both classical and steel string fingerstyle guitar, currently working on his graduate degrees in music at The University of Memphis – simply for self improvement.  He is a former award winning educator who was tenured in The Memphis City School district, and is a published choral composer and arranger.

Robert is also heavily involved in charity work in his hometown of Memphis as well as Rochester, New York. He has saved the lives of hundreds of helpless dogs and cats through his strategic partnership with Save 1 Pet of Memphis, and established an endowment for underprivileged youth to attend McQuaid Jesuit High School, his alma mater, considered one of the top schools in New York State.